For once I seized exactly the right moment. On a peerless sunny day – the only one for at least two weeks – I whizzed down to Bermagui to ramble round the annual drama of sculptures on the edge. Gulaga under its possum cloak provided a perfect background.  There were only three couples rambling at the same time as me so there was plenty of room for photography, unlike Sydney’s Sculpture by the Sea, where you are on a moving walkway composed of crowd. The only distraction was the orange tape making the territory of sculpture, which intruded its utilitarian ugliness.

Here’s some of what I saw, beginning with the superb setting 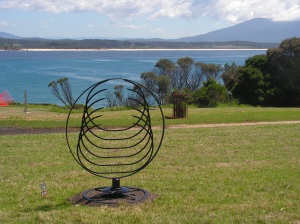 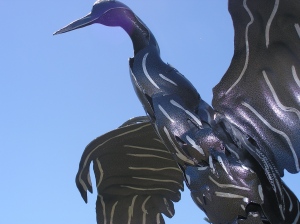 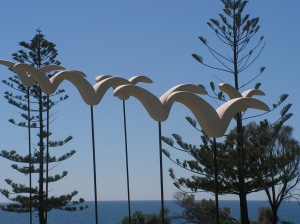