This morning I walked along the river bank beyond the bombing log. The track wound around under huge casuarinas and between vast mounds of periwinkle vine, and then dropped down to the sandy tracts left behind by many floodings. A chilly morning became a warm midday, and the isolation tempted me to amble topless, delighting in the unaccustomed feel of the breeze along my spine below the shoulder blades. The casuarinas made shadow patterns in the humpy sand. Rocks, casuarina needles and intricate casuarina cones congregated in hollows left by receding water. A little creek meandered into the river between banks shaped like the formations at Lake Mungo. I sat on the sandy bank in the shade to enjoy solitude and peace.

There was no silence: there rarely is. Birds chirped, chirruped and warbled. The prelude to a kookaburra's laughter faded into nothing. A black bird – a bowerbird? – flew overhead, carrying the heavy rhythmic breathing of his wing beat. A cow mooed and the wind played continuo in the top of the casuarinas, a sound like the music of rapids. There was subtle movement everywhere: the sand around the tip of my walking stick; the swoop of a swallow; the steady flight of a dragonfly; the ripples set circling by minute insects hitting the water surface; the wind-shivers on the surface of the water; and the slow ongoing movement of the river, still running after recent rain. I could just hear the occasional swish of a car along the river road and the clatter as a vehicle crossed the wooden bridge on the road over the mountain.

My footprints weren't the only ones marking the sand. There was the herring-bone stitching of bird claws; the grooved track of a shell-fish; the deep three-piece bound of a kangaroo; the continuous slither of a reptile.

As I walked back along the track under those giant casuarinas, I saw the swish of a tail disappearing, a small rodent, or maybe even a snake. I shook the sand out of my shoes and drove back up the hill for a gourmet lunch, a promite and leaf-litter sandwich and a mug of hot tea. 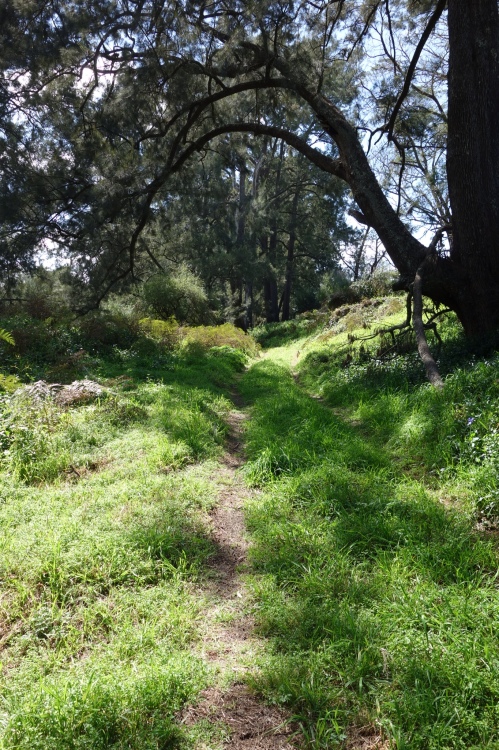 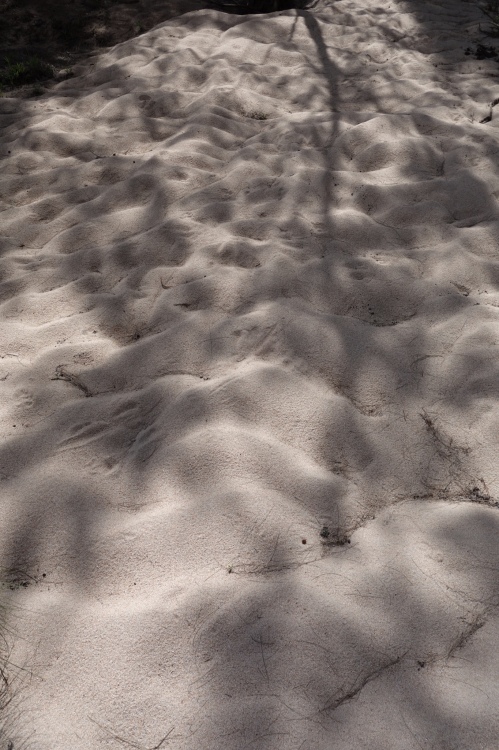 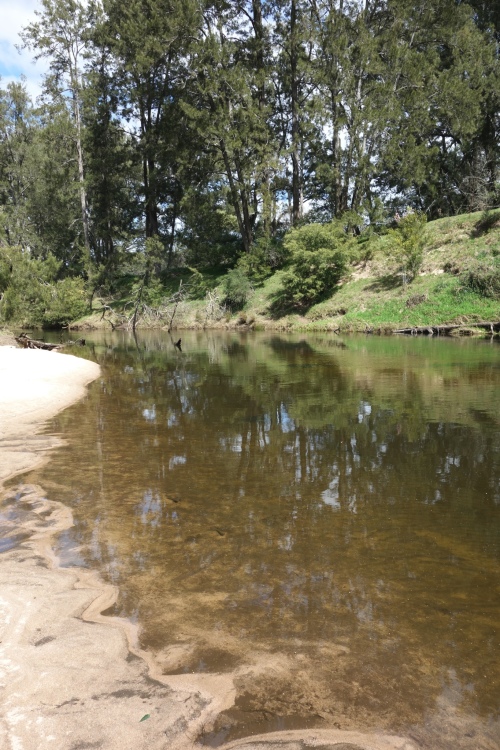